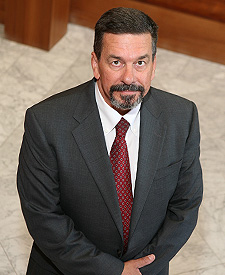 Founding Partner, Dennis F. Fabozzi, began practicing law in Orange County, California in 1978, where he started and successfully managed three law firms. In 2000 he moved his practice to Temecula. In 2014, he partnered with Edward J. Miller and the firm became known as Fabozzi & Miller, APC,  one of the largest firms in the Temecula Valley. Sadly, Mr. Fabozzi died suddenly on April 15, 2017, shortly after celebrating his 65th birthday. He was planning to retire from Fabozzi & Miller, APC on April 28, 2017. Mr. Fabozzi was a mentor to countless attorneys who had the opportunity of working with him over the course of his career. He served as Temporary Judge for Riverside County Superior Court since 2004 and was a member of the Riverside County Superior Court ADR Committee.